Among those many diets method available, there must be one that will suit your body and comfortable for you compared to the others and the only one way to know it is to try following those methods. In today Raw Food diet vs Paleo diet article, we will give you information regarding these two similar yet different method about what they can offer to you and if there is any, how they are separated from each other. If you are interested, go check them below.

About Raw Food Diet
Just like the name suggest, Raw Food diet means you have to eat raw food when doing the program. Even though it sounds like a new method, the diet actually already exist since 1800s but then gain more popularity in recent years. The main idea of the method is because heating process will destroys your food’s nutrients and natural enzymes, so by eating them raw, those nutrients can be absorbed by your body to boost digestion and fight chronic disease. Some fans of the diet even also claimed that cooking makes food toxic.

Raw Food Diet Benefit
Doing Raw Food diet will bring benefits to your body. Taken from Dr. Axe, cooked food is usually harder to digest and just like what it has been mentioned earlier, cooking food will destroy the certain antioxidants and vitamins in nutrient-dense foods. The diet will also help alkalizing the body because raw foods will reduce acidity and less chance of fermenting in your stomach that may leads to inflammation or autoimmune reactions.

The downside of the diet is about it sustainability since even if you are able to eat strictly eat only raw foods, it may be very hard in your other aspect of living like when in social situations like eating out and going to someone else’s houses. Another cons is since the diet is having a quite high risk of food poisoning, it is not recommended for pregnant mother, young children and seniors or people with weak immune system as well as those with conditions such as kidney disease. 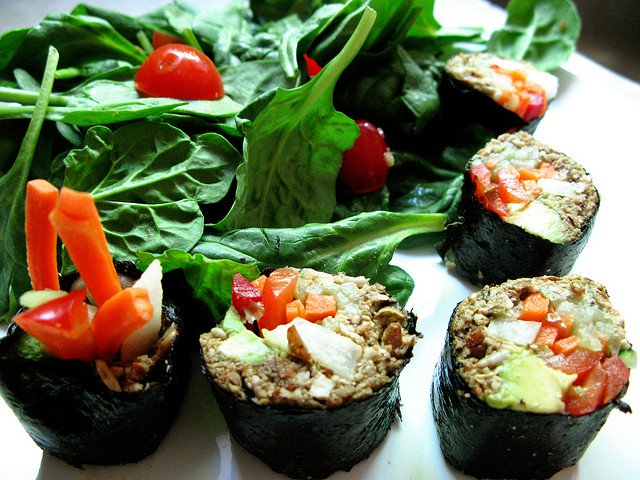 Eating with Raw Food Diet
As you can already imagine, performing raw food diet will require higher effort and some expert said that you can combine raw with lightly cooked foods processed under 118 degree. However, if you want to stick with a strict raw food diet, you have to think about uncooked, unprocessed and mostly organic foods. Your foods will consist of raw fruits, vegetables, nuts, seeds and sprouted grains with some unpasteurized dairy foods like raw eggs, meat and fish. You may use blenders, food processors and dehydrators to prepare them or warm them but you can’t go beyond 118 degrees.

Another side you have to pay attention when doing the diet is the preparation work because you need to clean them thoroughly since uncooked and unpasteurized foods are linked to foodborne illness. You also have to be extra careful with foods like sprout, raspberries, unpasteurized juices, green onions and lettuce. For those who want to exclude animal products, to fill the gaps in your diet, you will need to take vitamin supplement.

About Paleo Diet
Another diet you can try to live a healthier live is Paleo diet which just like its name, it is inspired by the diet of people in Paleolithic era approximately 2.5 million to 10.000 years ago. The method main focus is to eliminate diseases related to lifestyle changes happened along the modern years from food that mostly loaded with sugar, fat and processed. In its purest form, the diet only allow you to eat those foods that human eat when first roamed the planet. Read also: Dash diet vs Paleo here.

Paleo Diet Benefit
The main benefit of doing Paleo diet is to have a healthier lifestyle, so it is not about losing weight at first. When doing the plan you can eat clean without any additives, preservative or chemical contained foods. Those fruits, vegetable, oils, nuts and seeds contains plant nutrient to give your body their anti-inflammatory benefits. Red meat is rich in iron and if you take high protein and fat food, you are going to feel full longer. The last is weight loss since the food you are eating is limited. 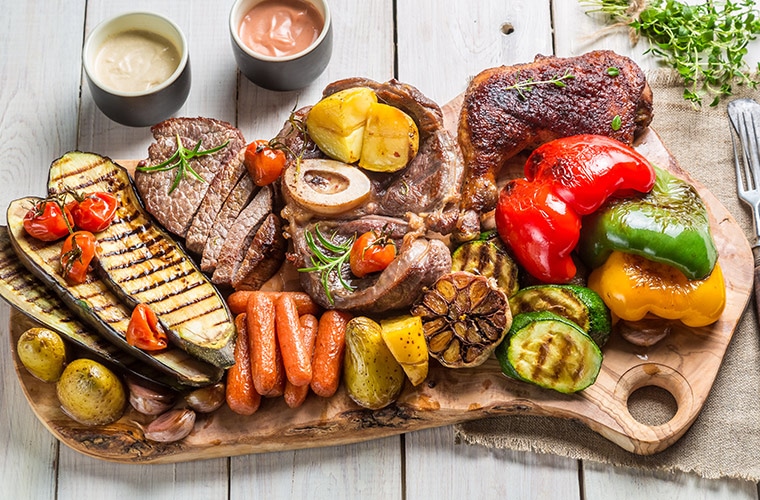 Despite the benefit, the method also won’t let you get nutrients from dairy and grains food that are also good for your body. For those who exercise a lot or athletes who need between 3 to 6 grams or carbohydrate per pound of their body will find it hard by only sourcing from fruits and vegetables.

What you have to avoid including grains like wheat, barley, oats and rice or the products made from them; starchy vegetables like potato and corn; legumes or beans like peanuts and soy or any kind of beans, so you can’t eat tofu drink soy milk or even have edamame; dairy products; high-fat meats such as pepperoni, salami, bologna, hot dogs, ground meat rib roast and ribs; sugars; processed foods; and salty foods.

Comparison
Now, let’s compare Raw Food diet with Paleo diet. As you may already know at this point, what separate them from each other is mainly because you can eat almost anything as long as they are not cooked when doing raw food diet while Paleo lets you cook food but has so many food restrictions. Seeing them from the level of effort, we can say that Raw Food diet will require more effort regarding preparing the foods compared to Paleo.

Conclusion
All in all, the decision is all yours to make. In our opinion, both of them are equally good for those with no health conditions that may get worse if they do the diet. However, since Paleo is easier to do than Raw Food diet, we will recommend you to try it first and see how you like the result.