There is a new supplement that has become increasingly popular on the market. Meet exogenous ketones. The diet world has been buzzing with the developments of exogenous ketones for a while, and several brands have already started producing these supplements. KetoSports is one of those brands, and the company has even released not just one but two exogenous ketone supplements to the market. Right now, KetoCaNa and KetoForce are among the most popular and the top choices of exogenous ketones. Below, we will see the comparisons between KetoCaNa and KetoForce to help you better understand the differences between the two products. Therefore, you will be able to choose the most ideal solution for your diet! 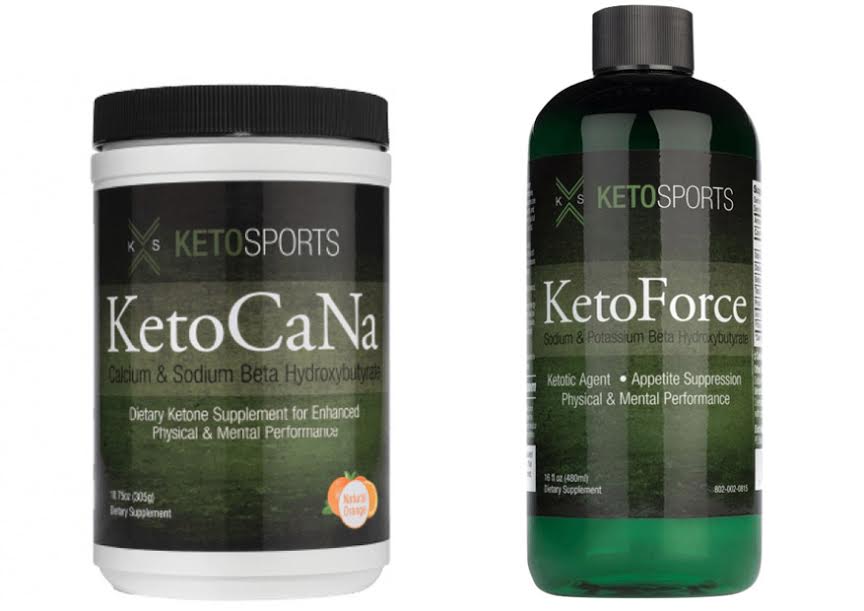 What are Exogenous Ketones?

Before we proceed any further, let’s get to know about what exogenous ketones are exactly. The term “exogenous” refers to something that is made from external sources that are outside of the usual production mechanism. Since ketones are naturally produced by a human body, “exogenous ketones” refer to those that are made outside the body; in other words, synthetic.

And ketones are organic compounds that are naturally produced by the body when it experiences starvation or a starvation-like state. Ketones are a very effective and efficient fuel source for the body and brain. Conducted studies have shown that when a human body is in a ketogenic state, it utilizes oxygen more efficiently to produce energy.

By consuming exogenous ketones, you want to increase the amount of ketones in your body so that you can have more energy as well as increased stamina and cognition. Exogenous ketones have also been consumed to reduce the symptoms experienced by someone who has just started on a ketogenic diet, such as the keto flu, by increasing the ketone levels more quickly and hastening the body’s adaptation process.

The term “ketosis” refers to the state when your body does not have enough glucose to be transformed into energy, and thus it burns the stored fats instead. It is a normal metabolic process. It is often utilized and intentionally conducted for weight loss purposes. Ketosis is usually encouraged by following a ketogenic or low-carb diet.

Now that we understand the basics, let’s see the comparisons between KetoCaNa and KetoForce in terms of ingredients. Interestingly, though, both KetoCaNa and KetoForce come with the same primary ingredient, which is Beta-Hydroxybutyrate (BHB). BHB is the most effective ketone body in producing energy, and can function as a replacement to carbs-based energy. One typical character that people usually when starting a keto diet is the lack of energy. This is simply because the body is used to the quick carbs-based energy. The ketogenic energy may not give you an immediate power spike, but can sustain you for a longer time and is without the crash associated with carbs and sugars.

KetoCaNa comes with an orange flavoring and the stevia sweetener. It contains calcium and sodium. On the other hand, KetoForce is unflavored and unsweetened, containing potassium and sodium.

The most apparent difference between KetoCaNa and KetoForce is the form. KetoCaNa comes in a powder form, whereas KetoForce comes in a liquid form.

The powder form of KetoCaNa requires you to mix with some water. On the other hand, KetoForce can be consumed right away – but that is only if you really have no other option. Honestly, the high alkalinity and salty taste will make you want to mix the liquid with a fruit juice, such as lemon juice or grapefruit juice. In fact, such mixing is recommended by the manufacturer to aid in ingestion. In addition, the liquid form of KetoForce can be mixed with a wider range of drinks than KetoCaNa’s powder form. You can also throw it into your meal replacement or pre-workout shake.

We have mentioned above that the unflavored, unsweetened taste of KetoForce will make you want to mix it with something else more pleasant, such as some lemon juice or grapefruit juice. We are not over-exaggerating. Try to imagine something with a high level of alkalinity (the pH is somewhere between 10 and 11) and high salinity. That’s KetoForce. Terribly terrible. Help yourself; mix it with something nice.

On the other hand, the taste of KetoCaNa is much more tolerable. Well, don’t expect something extraordinary – it still tastes like chemically altered tang. But, at least, it is bearable. Nonetheless, these supplements are performance supplements and not pleasure refreshments; these things commonly come with tolls on flavor quality.

Due to the similar ingredients, KetoCaNa and KetoForce have similar effects. The liquid form of KetoForce should allow it to be absorbed more easily by the body, but the practical difference to KetoCaNa is not very noticeable. They both can deliver their effects quickly within 15 minutes.

When consumed, both KetoCaNa and KetoForce can give you increased energy, stamina, and endurance. They also help you to focus and concentrate better. These effects are noticeable and very beneficial for workouts. They can also prevent the forming of free radicals in the body. In general, both KetoCaNa and KetoForce are effective for weight loss purposes, but you must not solely rely on these supplements. You should also manage your diet and do workouts regularly.

KetoCaNa comes in a powder form, and is flavored and sweetened. Hence, the taste is much more tolerable. KetoForce comes in a liquid form, and is neither flavored nor sweetened. The taste is awful, but you are given the freedom to mix it with a variety of beverages (or drink it right away anyway). Both have similar ingredients and effectiveness.