Fiber supplements are most commonly used to relieve and prevent the symptoms of constipation and help to regulate the digestive tract. In addition to helping relieve stomach bloating, abdominal cramping, gas and other discomfort associated with bowel irregularity. Citrucel and Metamucil are two of the very popular fiber supplements available. Both Citrucel and Metamucil are in the same class of drugs called bulk-forming laxatives. Just like the name implies, they both are consumed and because of their own actions they get into your intestines and ‘attract’ water. And while they work in a similar manner, these two products offer different benefits and drawbacks. Now let us see the differences between these two products with title Citrucel vs Metamucil. 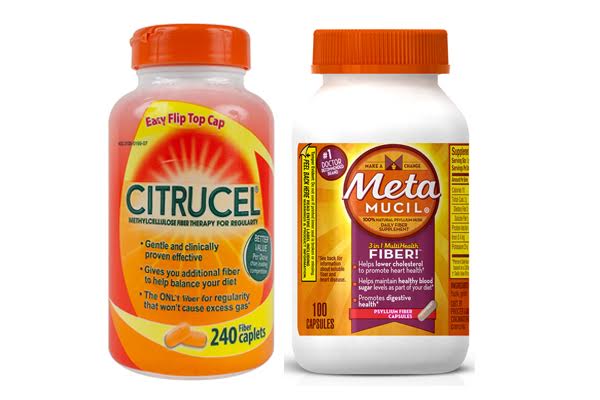 The Nutritional and Ingredients
The primarily active ingredient in Metamucil is psyllium. Psyllium seeds and husks are derived from a plant called Plantago ovata and psyllium is mixed with water, it thickens and a substance similar to gelatin is formed. It is a kind of dietary fiber. Dietary fiber is of two types: insoluble fiber and soluble fiber. In addition to easing constipation, the bowel-regulating effects of psyllium can also ease the symptoms of mild or moderate diarrhea. While the primary ingredient within Citrucel is methylcellulose fiber, which the company calls “SmartFiber.” Just like psyllium, methyl cellulose eases the road to excretion for food materials in your bowels. It acts like soluble fiber and fills itself with water in the colon, making gooey stool. It is used to treat gastrointestinal diseases including constipation, diarrhea and IBS. 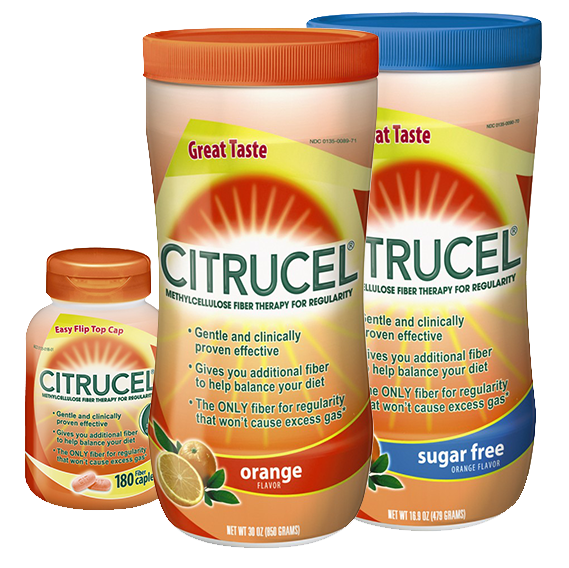 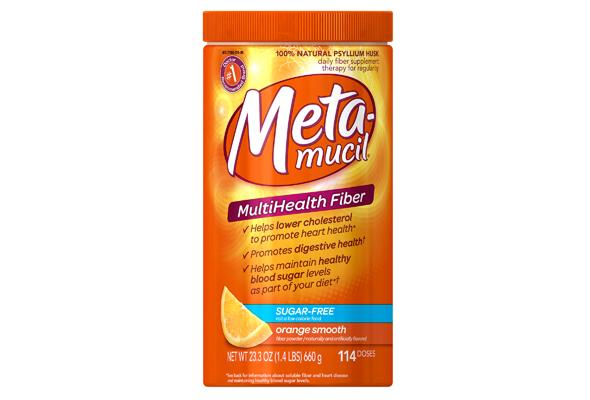 Methods and Side Effects
Citrucel is 100 percent non fermentable so gut bacteria in the gut cannot digest it. Hence it does not produce any gas. Citrucel is promoted as non gas producing fiber product. The benefits of Metamucil include (alongside its status as a fixture in bring back balance to the bowels) playing a possible role in heart health as its cholesterol reducing abilities may prove useful in cardiovascular wellness. PubMed Health reports psyllium side effects may include nausea, vomiting, stomach pain, difficulty in swallowing and skin rash. The side effects associated with methylcellulose products, including Citrucel, include chest pain, rectal bleeding, allergic reactions and severe nausea or abdominal pain.

Conclusion
There are differences in fiber therapies available to you. That’s why it’s very important that you consider which is better for you. Off course there is difference between Citrucel and Metamucil. But, we think you must consider on Citrucel as a well-known fiber that is less likely to create side effects. This is very commonly seen with products containing psyllium fibers such as Metamucil is. Citrucil is very good drug but you have to follow your doctor’s dosage instructions to ensure you’re getting the right amount.